skip to main | skip to sidebar

Dinking around with watercolors...

I painted these two birds.  I LOVE watercolors...they're so quick and easy to use...no big set-up and preparation required, no big clean-up.  Taking a cue from my friend Carla Sonheim, I even created a little portable kit so I can paint on the go. 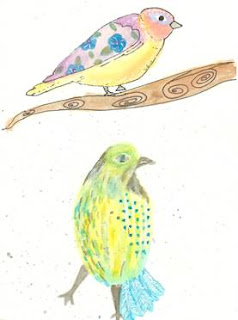 Do you remember the ridiculous Saturday Night Live character, Ed Grimley?  He was supremely dorky, his belted pants pulled halfway up his chest, hair gelled into a little peak on his head, whose tagline was, "I think I'm going positively mental...I must say." 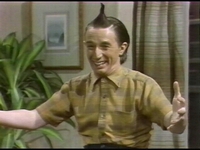 ﻿I love the word "mental".  It's somehow less alarming than "crazy" and because of its association with Ed Grimley, much funnier.  So now when I find myself (or others) being nutty, I can get my brain around it much easier by thinking, "That's positively mental".

Here's what I mean...
Weeks ago I bought a package of toilet paper...the eco-superior kind.  You know, the kind that makes you feel virtuous for purchasing it.  I remember thinking, "It isn't as soft and cushy as my usual brand, but it's "greener" so it will be worth it."
And Gentle Readers, I have been using it in my home, in both bathrooms, for several weeks now.  And you know what, I flippin' hate every single square of that pathetic excuse for toilet paper.  Is it possible to be LESS than 1-ply?  Because if it is, this stuff qualifies.
It's so biodegradable that it disappears about 1 second into its use.  It is completely ineffective for its intended purpose.  To get any amount of measurable absorbancy, I have to wad up about 100 of the damn sheets and still...it instantly becomes a worthless mess.
And because it's .005 ply, the damn roll LASTS FOREVER.
So I've come to hate the stuff.  And yet...the rolls never seem to end, and even when they do, I have more in my cabinet.  Every time I head for the loo, I start cursing the pathetic nature of the toilet paper awaiting me.

So the MENTAL part?  THE FACT THAT I KEEP USING IT EVEN THOUGH I HATE IT.
I realized that in the middle of the night last night.  I woke up, thought about going to the bathroom and dreaded it because of the horrible toilet paper quietly hanging there, mocking me.  I realized at that moment, how POSITIVELY MENTAL it was to not throw the damn stuff in the trash can.
I admit I paused a few seconds to see if a crafty use for the stupid stuff came to mind...but when nothing did...I tossed it.  Then I stomped upstairs (didn't matter it was the middle of the night) and tossed the ones upstairs as well.  Then I found an old roll, the soft, cushy, absorbent, luxurious kind...and installed it in the roller.  Relief and memories of happier times flooded me as I used it.
So I'm airing my squalid little secret...I'd rather be dry then green.
Maybe I can buy some carbon credits to offset my impact on the environment.
But meanwhile, my life is decidedly less MENTAL.
Ahhh.
Quite the improvement, I must say...
Posted by Cindy Pestka at 11:05 AM 3 comments: Links to this post

On the way to Mt. Rainier a few weekends ago with the far-flung artgirls, we passed the home of Dan Klennert.  Why is that important, you ask?  Because his property is filled with his amazing, ENORMOUS, rusty sculpture, all made from mundane metal and wooden bits.

And we are not talking ORDINARY...no sirree.  We're talking pig-cycles, horseshoe seahorses (say THAT 3 times fast), driftwood deer, hungry dinosaurs and skeletal ghostriders.  Don't believe me?  See for yourself! 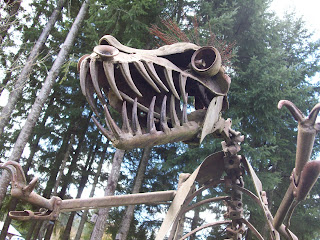 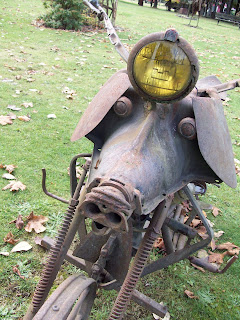 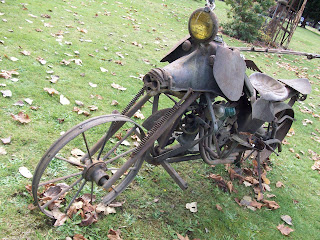 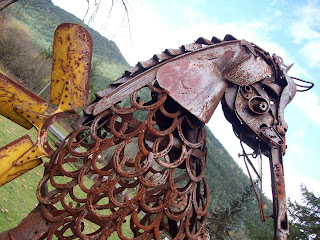 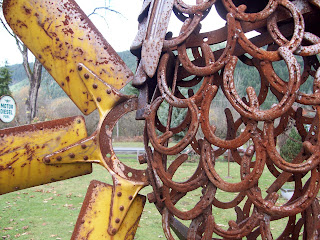 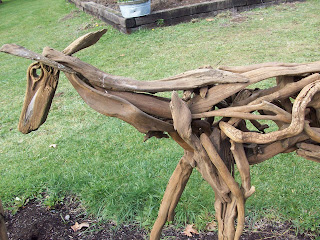 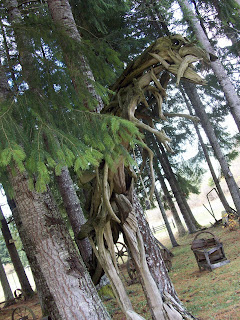 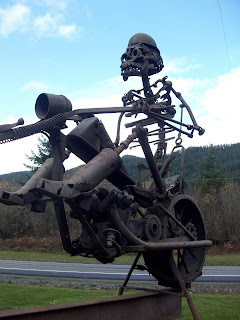 BIZARRELY, the metal giraffe I previously blogged about (on Vashon Island in front of the fair trade shop by the same name) was NOT made by Dan Klennert, but rather by a Vashon Island artist.  What are the chances there would be multiple sculptors who fashion huge metal giraffes in the same small area.  Dunno...maybe it's all the rusty bits laying about in the rain...
Posted by Cindy Pestka at 6:47 PM No comments: Links to this post

There is something so gentle about this book.  The projects are simple, subtle and very visually appealing.  None of them are overly complicated or require obscure, exotic materials.  A few old bottles, some washi paper, twine and buttons...and you can create an entire shelf of unique, colorful vases.  A few scraps of old fabric transform a pillow or sweater. 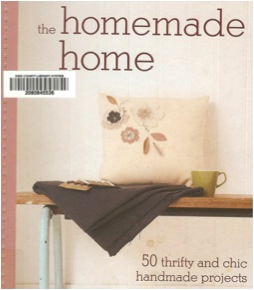 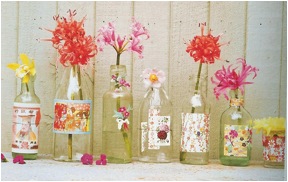 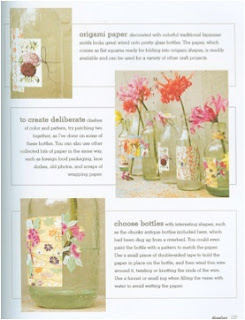 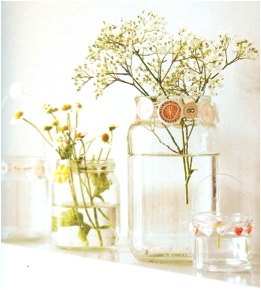 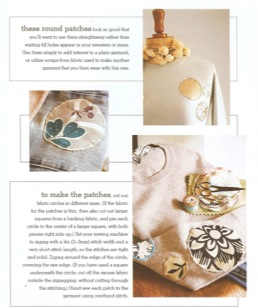 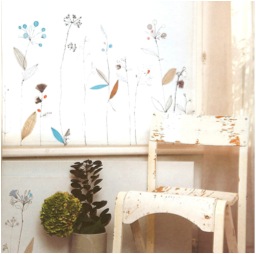 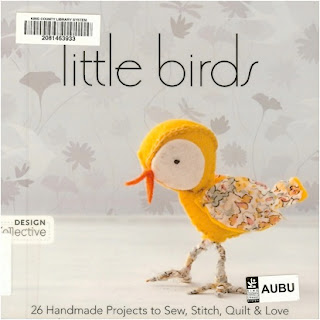 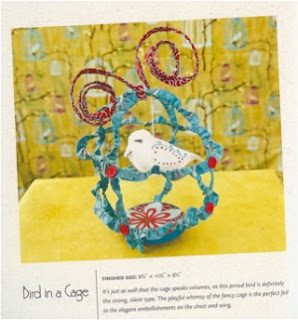 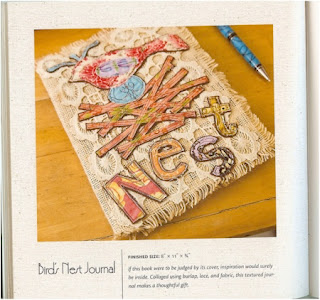 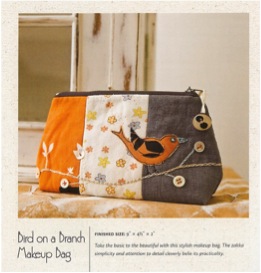 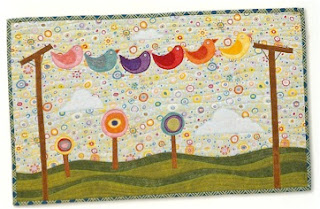 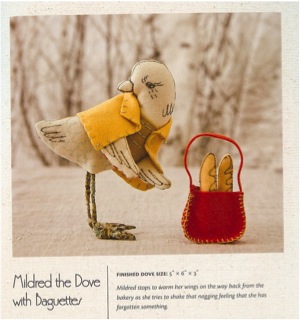 Having returned from Teesha Moore's Journalfest on CLOUD 9, I immediately decided I would go to her smaller, less structured retreat in January called PLAY.

You just can't send a note to Teesha in an ordinary envelope (somehow it seems like it's against the laws of nature or something) so I ripped a page out of an old encyclopedia and turned it into a funky-lope.  I have no idea why I felt the need to anagram Benjamin Franklin's name, but I did...and he's goin' to PLAY!


Here's the front of the funky-lope: 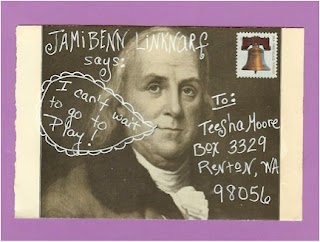 Here's the back of the funky-lope.  I copied this crazy fun doodle from my friend Nancy Bonnema, using my trust white Signo gel pen. 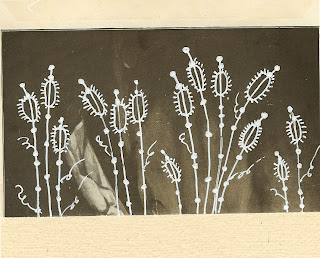 Posted by Cindy Pestka at 3:35 PM No comments: Links to this post

The VERY best thing about the weekend...

This weekend I drove with 6 friends to Ashford Washington, a small town near Mt. Rainier Park.  Supposedly the point of the trip was to attend a wine tasting to celebrate a new winery that a friend of a friend was launching.  In fact, it was a perfect opportunity for a reunion of artgirls who had gone to Guatemala together, followed by 2 years of Sacred Dirt Tours in the desert southwest.

One dear friend came from Salt Lake City, two others from Minneapolis and the rest of us hailed from around Seattle.  We converged in Seattle and then made our way down south toward the mountain.

Yeah, the scenery was beautiful; sure, the wine tasting was fun; of course there were hours and hours of talking, laughing, eating and sharing...even a hula hoop demonstration.

But the very, very best part of the whole weekend was a quiet moment that might have gone unnoticed.  It involved J who had had a very tough couple of years, wrestling with the end of a trying marriage and the death of a close friend.

J is fairly quiet and somewhat self-effacing despite being one of the most amazing women I know.  She's someone who gives of herself so generously that sometimes she finds herself depleted.  J was telling us about a new relationship she's in, her first since she married her ex-husband 30 years ago.  She explained her theory that in every relationship there is a FLOWER and a GARDENER.  Her former husband (aka the "wasband") was pretty much an 18 foot tall sunflower and J was the ever-steady gardener who made sure it flourished.

Describing her new guy, J shared how much they have in common and how attentive he is to her.  Her shy smile turned into a radiant outpouring of joy as she threw her hands up in the air declaring, "This time I'M the flower!"

We've known that all along and I was so glad her new partner saw that, too.
Posted by Cindy Pestka at 5:38 PM 1 comment: Links to this post

This has got to be one of the oddest fortunes ever hidden inside a cookie...and yet, it's very true. Fighting for freedom no doubt does a number on one's wardrobe. This is one of a series of oddball collages I made for guests at a friend's 40th birthday party a while back.

The audacity of "not yet"

This is my ACTUAL report card from kindergarten. I love, love, love the little graphics and the grading scale...Yes, Sometimes, Not Yet.

"Not Yet" is so optimistic...as in "Even though monstrous little Timmy cannot sit still for 2 seconds without tormenting and bullying his neighbors, I'm sure he's going to get along with them any second now, just 'not yet'."

Notice how adept I was at taking part in singing and rhythmic activities as a 6-year-old? I wonder what happened...
Posted by Cindy Pestka at 5:00 AM 1 comment: Links to this post

A Zillion and One Logos

Some time ago a wonderful artist friend, Marilee Fosbre, told me about this cool site that automatically and randomly generates logos. It's called TypoGenerator and here's an example of what it created when I typed in "Artgirl Island". Try it...you'll like it! It's fast, it's free and it's low-carb!
. 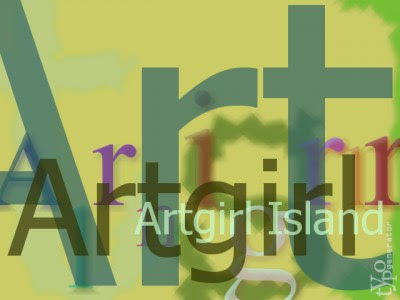 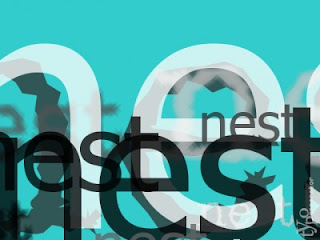 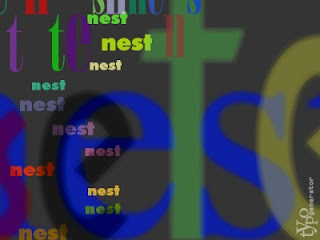 Posted by Cindy Pestka at 5:21 AM No comments: Links to this post

Surely I cannot be the only person who remembers this public service commercial ditty from the 1960's:

"There is fun in the water
But there's danger too,
And you gotta swim well
So nothing happens to you!
Learn how to swim
At the YMCA.

Learn how to swim
But never swim alone,
There's safety in numbers
Don't strike out on your own!
And never dive
Unless you know,
The water's not too shallow
And it's clear beloooow!!

There is fun in the water
But there's danger too,
And you gotta swim well
So nothing happens to you!
Learn how to swim
At the YMCA..."

It's kind of like "The Song That Never Ends" because this one keeps spiraling around in my head with no hope of a finish. But as obsessions go, it's a fairly happy, harmless one...AND I can promise you that I will never, ever swim alone...even on Artgirl Island.

A few years ago I used "the google" to see if this song came up anywhere else, and one of the few references I found was in a blog by a guy who was a former Jeopardy champion. At least that's what he claimed. And really, it makes sense that only someone who had an amazing knack for memorizing facts and trivia would recall this obscure commercial. In all honesty I do NOT have any kind of knack for memorizing facts and trivia but I do tend to remember oddball lyrics of catchy tunes. Those who know me, or who have traveled on a road trip with me, would not be shocked to hear this revelation.
Posted by Cindy Pestka at 5:17 AM 2 comments: Links to this post 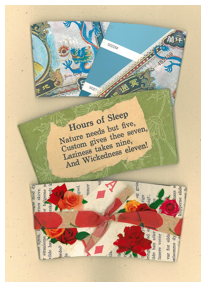 Eco-Friendly & Hipster-Trendy
Holiday Gifts
On a budget?  Like to recycle?  Need a holiday gift for the coffee drinker or book reader or lunch toter in your life?
If the answer is "Yes, yes, and yes!" then spend the evening with us.  You'll create a handful of easy-to-make presents out of ordinary materials, cast-off treasures and colorful junk.
Like all my classes, the only requirement is a willingness to have fun. Be there or be square!